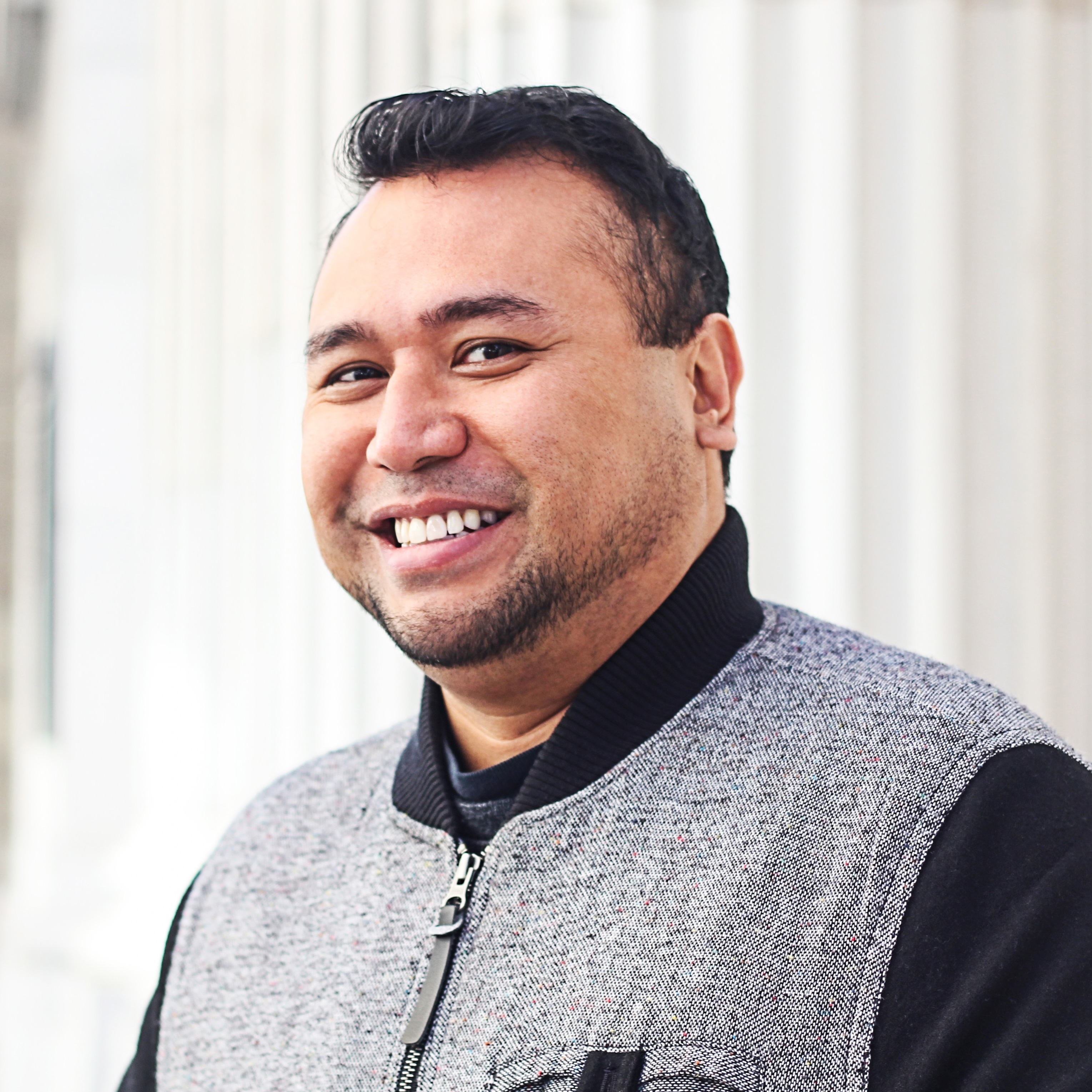 Gerard draws upon a decade of experience in the advertising industry. As an art director, his talents have earned him various advertising awards — with skills that range from branding to print to digital design. He has worked with a variety of clients, including those in financial services, technology, real estate development, and the non-profit sector. He is currently an Associate Creative Director, Design at Firewood in San Francisco, where he works on blue-chip clients like Google Cloud,  G Suite, and Google Cloud Platform.
In his spare time, Gerard loves spending time with his family, including his two beautiful daughters. Though he’s currently on a health kick, bacon will always be an important part of his life.

I had the pleasure of being Gerard’s creative director at MRM San Francisco. I can think of three things I really admire about him: 1. He gets it done. He’s got the skills and efficiency to manage a huge amount of work all once. 2. He develops himself and the people around him. He’s usually collaborating with colleagues on ways to make himself and the team better. Creative side projects, good influences from his teaching experience, plans to improve the physical environment we worked in… he’s proactive on many fronts. 3. He’s got an excellent work attitude. Clearly he believes that if you approach work in the right mindset everything else can fall into place. You can tell because he’s enjoyable to work with. I highly recommend Gerard. Ian Clazie

Gerard is an incredibly talented and dedicated individual and I was fortunate to have partnered with him on a variety of high-impact digital projects for Wells Fargo and Cathay Pacific. His adamant refusal to settle for bare minimum, and his drive to continue developing professionally, makes him a very valuable asset to any team.

As an ACD, he always went above and beyond his day to day duties to ensure all teams (not just the Creative teams) were coordinated and that the agency was putting its best foot forward with the clients. A conceptual thinker, he was able to effectively lead strategic branding initiatives by really understanding a brand and how to speak to its audience. He is a natural leader who always took the time to mentor junior team members, and the sound of his laugh would make anyone’s day. Ruth Tang